We enjoyed some cast off fun. 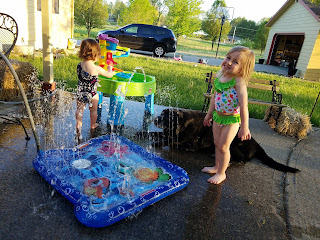 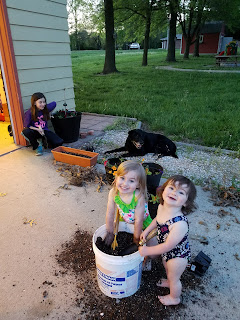 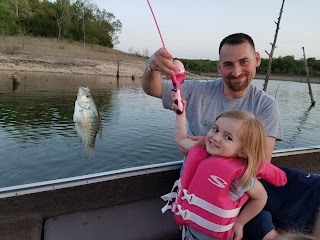 We had an arrival time of 6am and left at 3am.  There were no delays and everything went smoothly.  Emerson really enjoyed this adorable bag that Jeanie made and gave to her.  It kept her busy while we talked to all the people prior to surgery.  We were so proud of Emerson because she is normally scared and hides when her doctor enters the room.  Today she talked to him, told him about catching her first fish, meeting Salvy, and that she was putting Trolls on her cast.  Our routine is that Craig puts on the bunny suit and is allowed to walk her into the surgery room.  She gets what we tell her is a "breathing treatment" (which is really the anesthesia) and takes a little nap while Dr. Luhmann puts her cast on.  She didn't cry AT ALL this time. 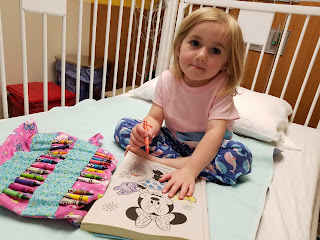 While waiting for her to wake back up the doctor always comes out and answers our large amount of questions and gives us a report.  This time he told us that the cast went well and that he is going to start making a list for a tentative plan for surgeries.  As she gets bigger it is easier to see all the tiny deformities that are present in her spine.  He wants to take the approach of fixing the worse part first and then go down the list fixing whatever is creating the largest problem at the moment.  His example of small surgery was removing one vertebra, fusing, and putting in a small bar and 4 screws.  That would follow with 2 or 3 days in the hospital and back to school quickly.  There could be bracing and casting in between surgeries. Our nurse said that he had brought Emerson's case to the spine council on Monday (all the spine doctors meet then).  We were aware that there were 2 vertebrae that are wedged shaped instead of a rectangle, some ribs fused together and a possible bar, but he said they are now seeing more bars.

He said he would have more information for us at our September appointment but for now to wear the cast, get the brace June 15, and let her be a kid.  He ended it with his usual "it's a marathon, not a sprint."

Did I mention we hate marathons, but we certainly trust this man and his expertise?

We didn't get an actual number, but Emerson is doing a lot of complaining about her back hurting, stretching often, and laying down for breaks so we are pretty sure he got it on there really tight. 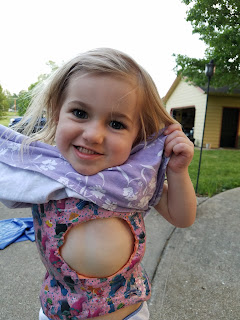