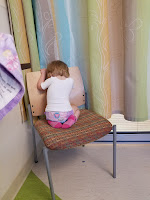 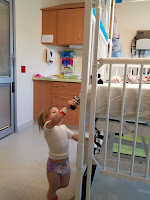 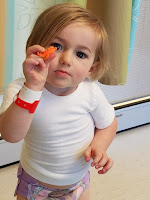 The procedure went well.  Her curve is really "tough" because of the congenital deformities.  The before x-ray with no cast or brace was measuring at 95 and in the cast it is upper 60s, which is what the last cast was.  So she is definitely better off in the cast! 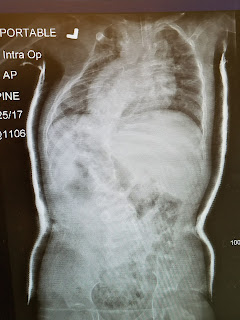 While talking to the doctor he said that the real goal of the cast for congenital patients is to stop it from getting worse and if it improves it some before surgery that is a bonus.  They also won't tell us a specific number that would mean surgery had to be done right away.  This doctor mentioned the age 4 as the age they really prefer them to reach prior to surgery.

After the long ride home (in a cast :() we decorated with Minnie! 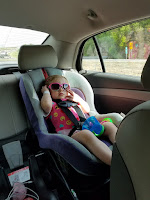 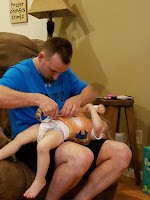 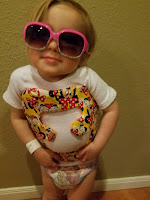 The last cast of this series will be put on June 27th.  There was some disagreement on when to take this one off, but we know it will be shortly before that.

Thank you for the prayers, thoughts and kind words!  We truly appreciate everyone's support!

P.S. We also got a hair cut during cast break (that can't be done when the cast is on)!